Do you know where your company owes sales tax? 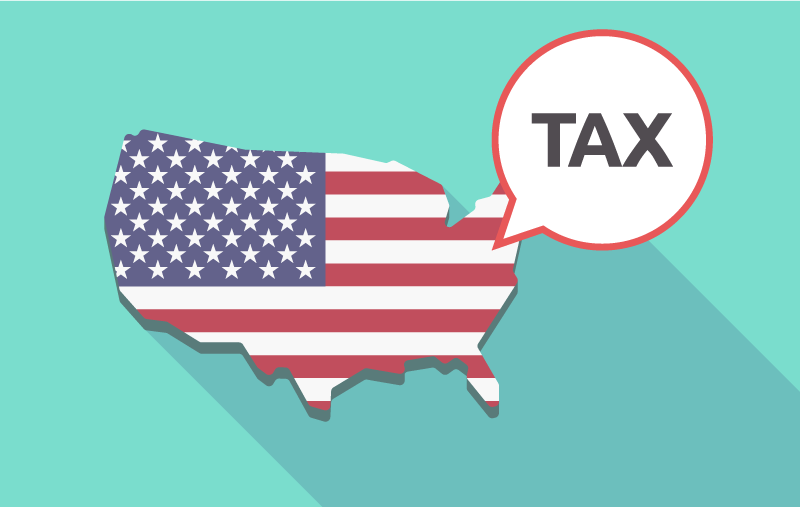 Just a few years ago, determining nexus was relatively straightforward. If your business had a physical presence in a state, you owed that state sales tax. As online shopping became more and more prevalent, states began to argue that physical presence was no longer as relevant in determining nexus as it was previously. Companies could easily do business nationwide from a single hub, leaving many state governments feeling like they were owed taxes that they weren't receiving.

This eventually culminated in the 2018 South Dakota v. Wayfair decision. The United States Supreme Court ruled that states can mandate that businesses without a physical presence in a state, with more than 200 transactions or $100,000 in-state sales, must collect and remit sales taxes on transactions in the state. Post-decision, states are able to determine their own laws on what constitutes economic nexus for companies above the threshold, and suddenly determining how much Sales tax your company may owe just got much more complicated.
There are various types of nexus for states across the country including the standard physical presence , economic presence and affiliate nexus. As states started the implementation of similar Wayfair standards for their economic nexus standards, states have slightly different laws for economic nexus , so determining where you owe sales tax can get complicated very quickly.

Does your team engage in any of these types of business activities? 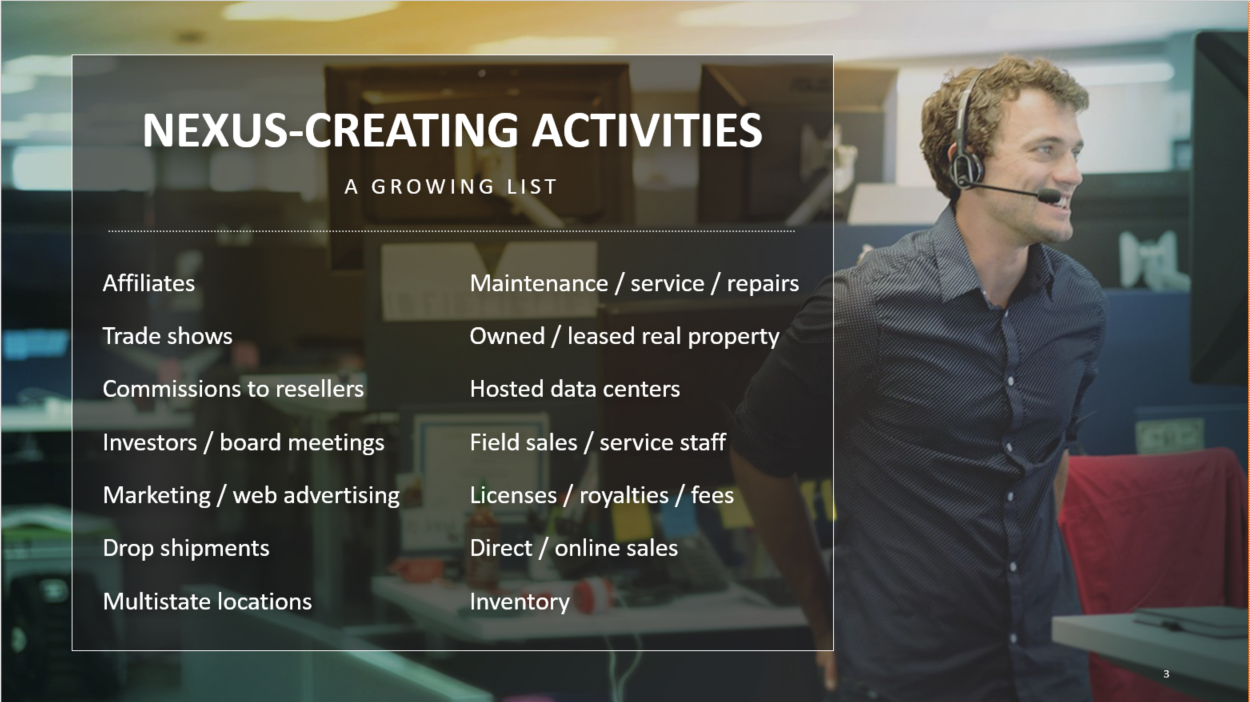 Each of the activities listed above (and many more) triggers some type of nexus that may or may not be applicable to the state where the activity is happening. Below are maps of the states with laws pertaining to nexus standards. Click through the slides to learn whether your company may be on the hook for sales tax in each state based on the business activities that you conduct there. 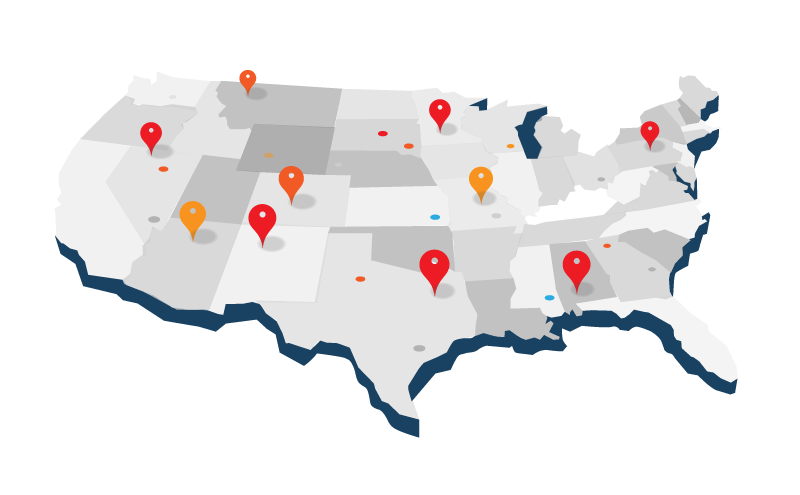 Determining which states you have a sales and use tax reporting requirements as well as possibly having the obligation to charge collect and remit the sales tax to a state can get complex very quickly and the penalties for noncompliance are high. Not only do you have to worry about states where you previously had a physical presence prior to Wayfair, but you also have to determine whether you potentially have affiliate nexus for periods prior to economic nexus standards. For, example many states provide that if you have a relationship with a third party to provide warranty work in their state, that is affiliate nexus and the warranty provider is assumed to be doing work directly on your behalf and would create nexus for periods both before and after Wayfair. It is imperative to have a firm grasp as to what you and your employees are doing in the various states as well as what other entities are doing on your behalf in a state. It is important to understand that physical presence nexus and affiliate nexus do not have the same effective date as the Wayfair economic nexus.

When dealing with the economic nexus standards based on the Wayfair Supreme Court Case, many issues should be considered:

If you have significant multi-state sales and have not reviewed how the Wayfair Suporeme Court case impoacts your business, it is imperative you conduct a nexus study as well as review you multi-state sales and use tax processes.
Learn how our in-house team can help you determine your nexus status in each state and help you avoid inuring penalties for not paying.