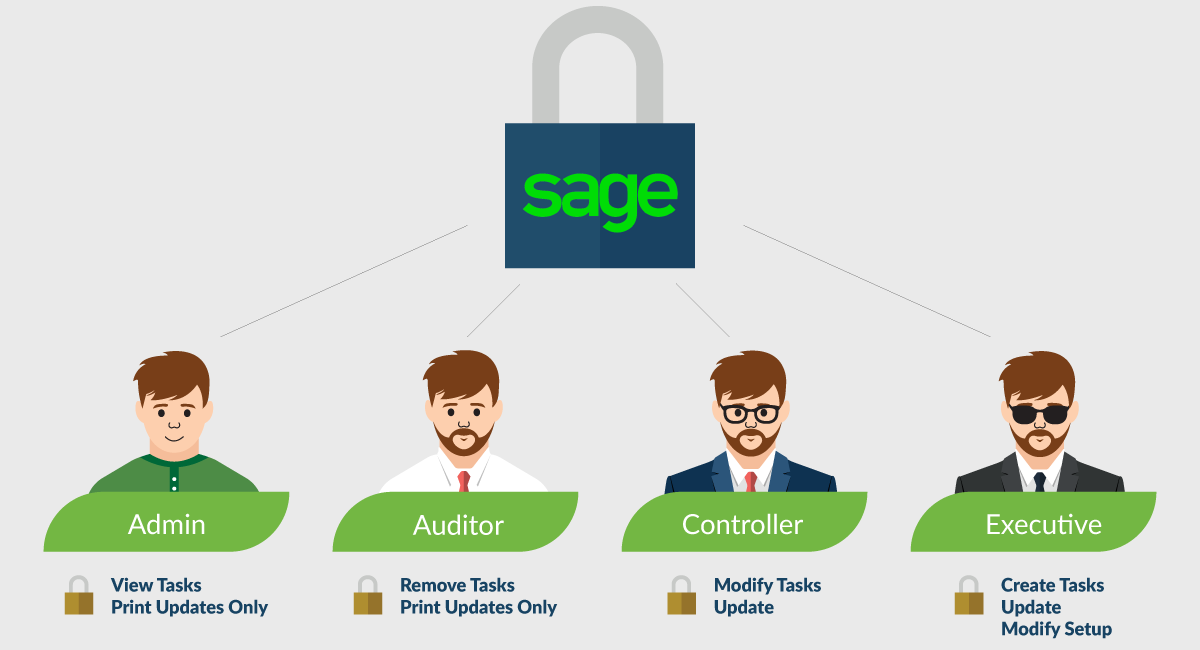 One of the significant changes in Sage 100 2021 is the enhancement to security features and user roles. Here’s a more in-depth look at these new capabilities.

A Type field has been added including Admin, Auditor, Employee, and others . You’ll be required to select a type when creating new roles. Existing roles created in earlier versions of Sage 100 will automatically convert over.

Click the Import and Export buttons to import and export roles. When you export roles, they are exported to the file and location that you specify. When you Import a role, you can select which of the roles included in the import file that you want to import.

Applying Role Changes to Other Roles

After making a change to a role, you can click the Apply button to open the Apply Role Changes window. In this window, you can select which changes to apply and to which roles they should be applied.

When creating a role, you can Copy from one of several   pre-defined role templates. Templates have been added for most modules and available based on modules installed.

When printing the Role Report, you can select the Role Template Details option to view a list of all permissions available for one or more role templates. The Include Tasks and Events with No Access check box added in the 2020.1 update has been replaced with an Include Tasks and Options field. This field specifies whether to print tasks and security options for which the role has access, no access, or both.

These new features not only make it easier to manage security and user roles, but can also be helpful for companies that need to demonstrate regulatory compliance and show exactly who has access to which areas of Sage 100 software.