There were several changes to the way classic SOAP web services work in X3 Update 9. One change is the elimination of the web service tester from the browser. Details on this are in my blog post on Testing X3 SOAP Web Services in Update 9.

Another change is how classic SOAP web services are consumed with .net. This blog summarizes some of the bumps I encountered while trying to prepare .net applications to consume X3 web services in Update 9.

The first change is the wsdl file that is referenced in the .net project. In previous versions of X3, the wsdl was added to the project as a Web Reference, using a format similar to below:

The new wsdl url is now in the following format:

This can also be found by going to the SOAP Generic Web Services option under Administration / Web Services. 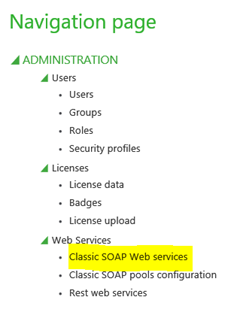 The Url is displayed below the description. To get the full url, just add the prefix http://[x3server]:[port]/ in front of the url. 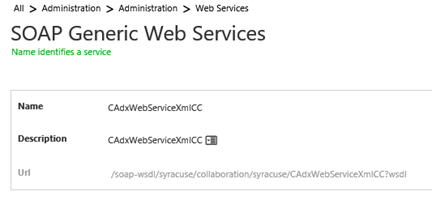 One thing that originally stumped me was that the first wsdl was still valid when attempting to add it as a web reference for Update 9, so everything appeared to be okay, but the .net program call to the X3 web service wouldn't work.

Below is an example of adding basic authentication to the web service call. 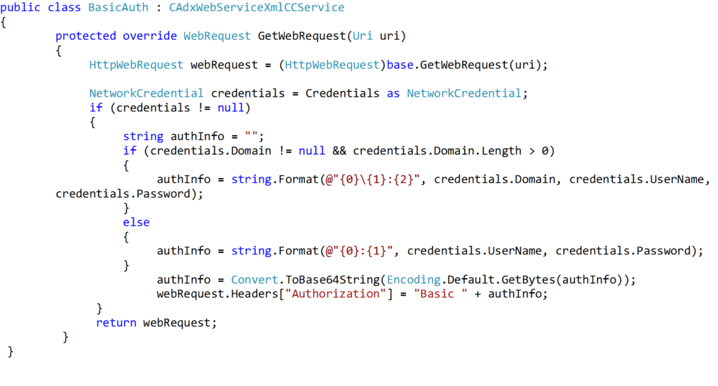 Below is a summary of the steps required to call a classic SOAP Web Service from Update 9 from a .Net program. 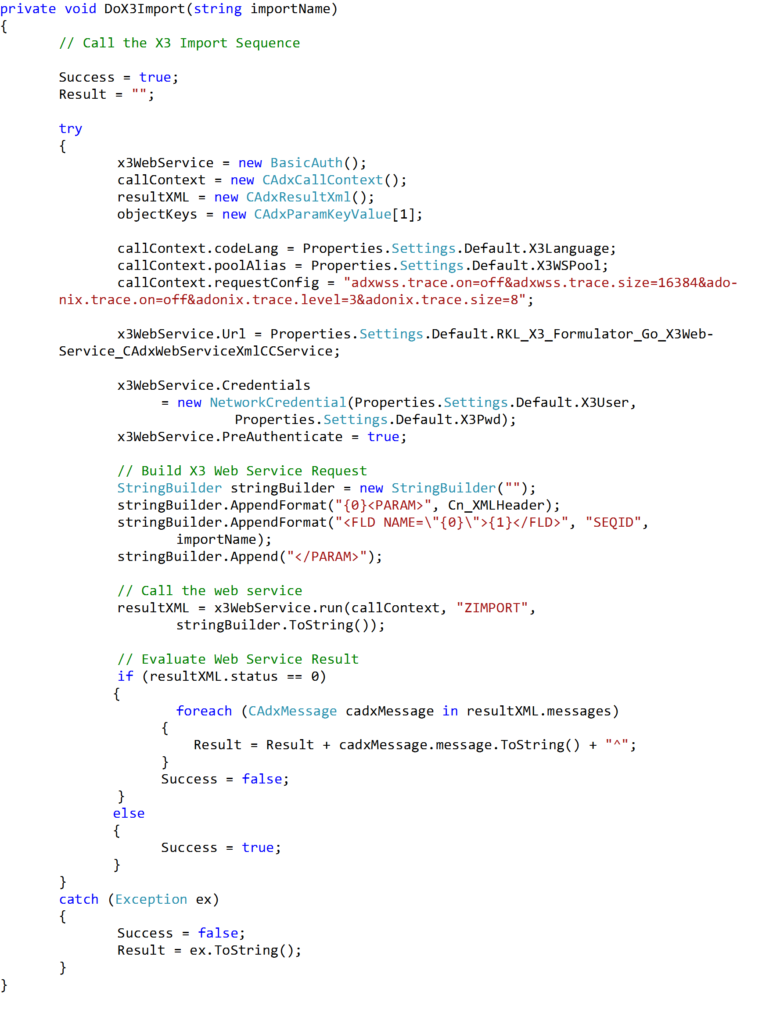 Although the basic methodology for calling Classic X3 Soap Web Services in Update 9 is the same, there are a few areas that must be changed to successfully integration web services calls from .Net. This post outlines the basic changes, including some examples. Hopefully this will help you avoid the stumbling points that I encountered when integrating our classic SOAP Web Services in X3 Update 9.

For additional resources on web services in Sage X3, refer to my 5 Days of Sage ERP X3 Web Services series. 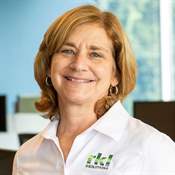 Denise has a B.S. in Business Administration from Millersville University, and an M.B.A. from Loyola University of Maryland and has been working at RKL eSolutions as a Sage Enterprise Management Engineer since 2007. Her main focus is on integrations between third party systems and Sage Enterprise Management. In her free time she enjoys spending time with her husband and adult twin daughters, who are both accountants.